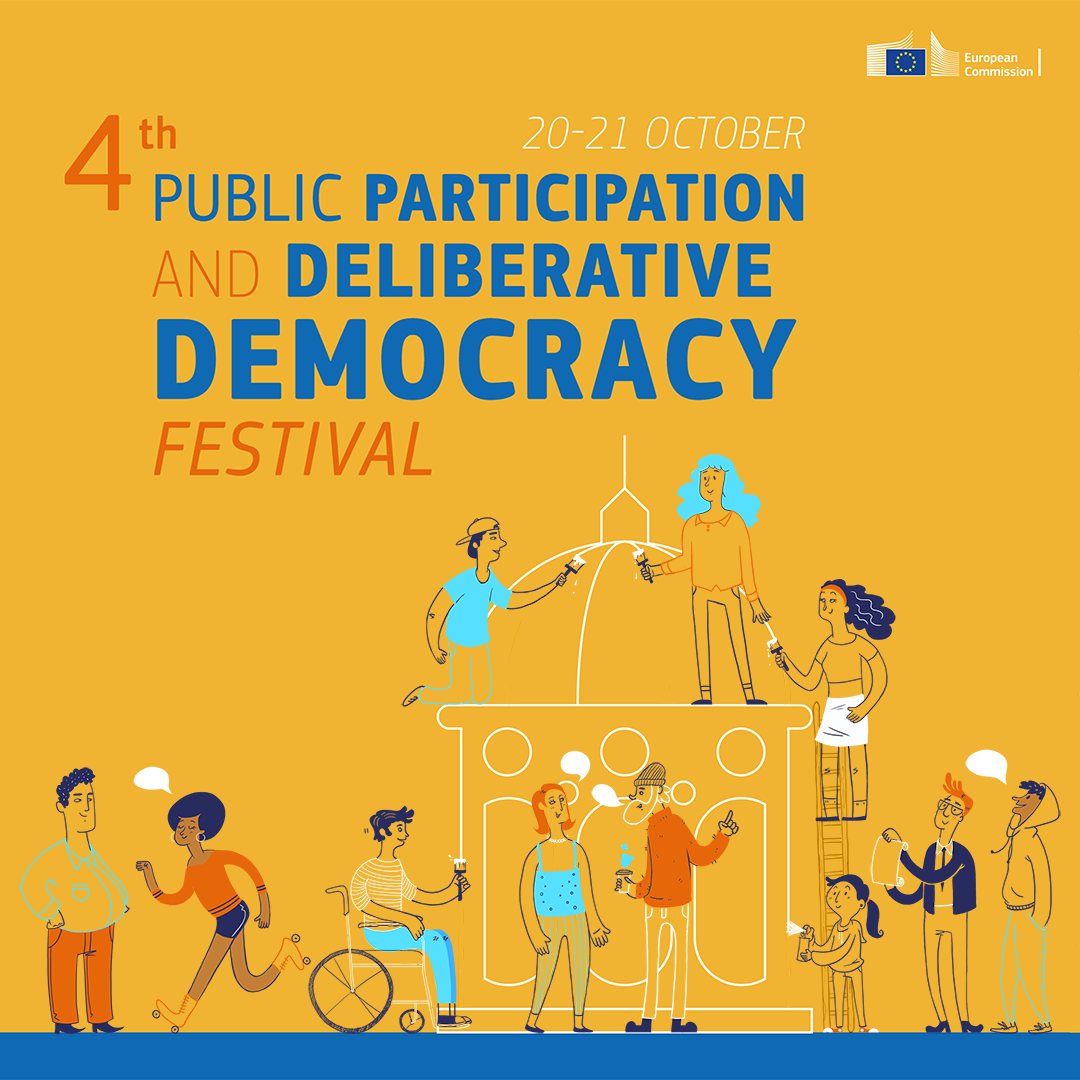 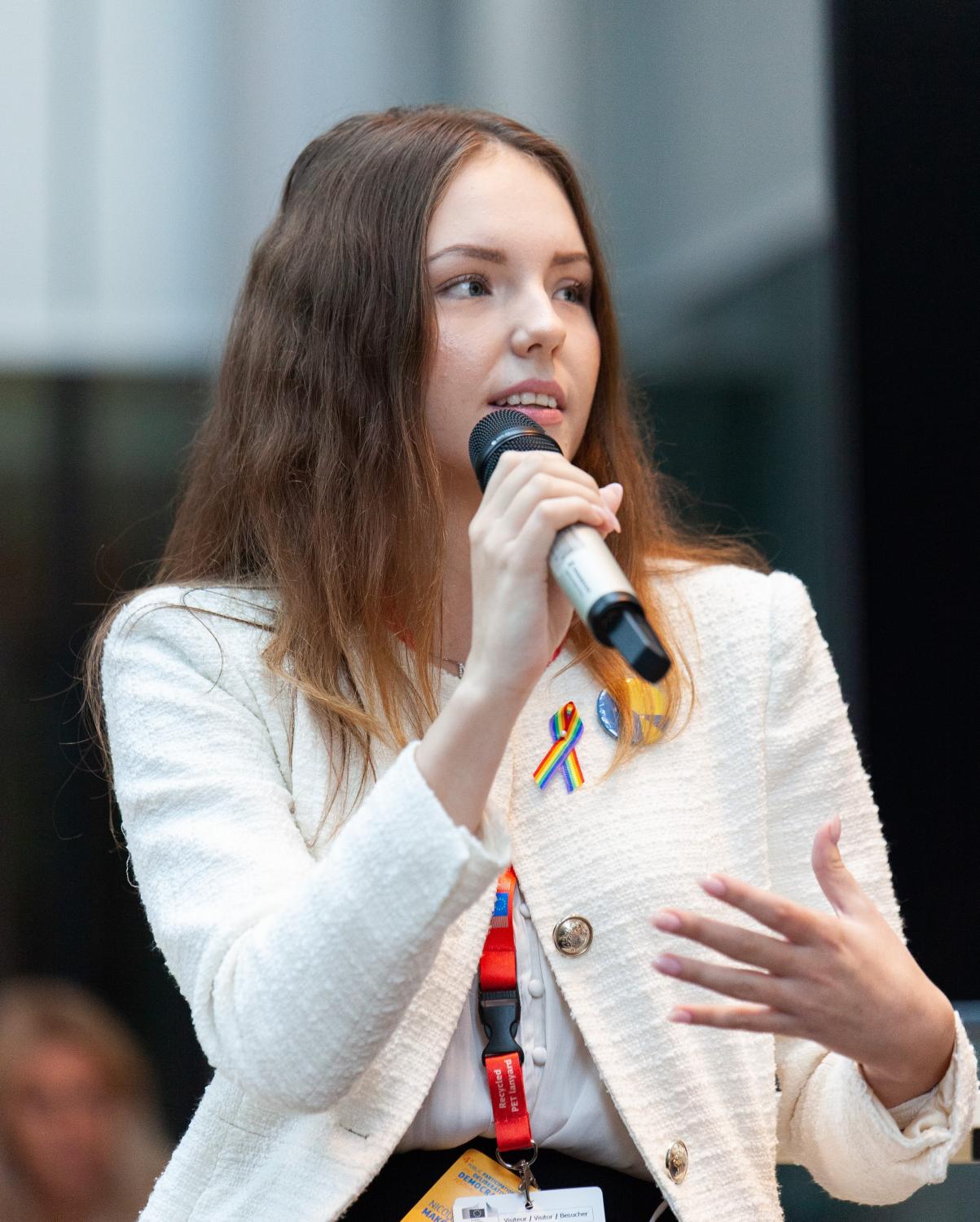 The 4th Public Participation and Deliberative Democracy Festival took place over two days from 20th – 21st October, 2022, in different locations: Brussels, Belgium; Ispra, Italy and Online (Zoom). Over the two days, approximately 150 attended in Brussels 50 in Ispra, and over 600 joining via livestream and Zoom.

Overall, the Festival showcased many citizen engagement initiatives, especially dedicated to youth participation, demonstrating that a diversity of work is flourishing in the field. Many of the sessions provided valuable insights about how participatory and deliberative initiatives are being designed and how they function in practice, and that there is no one-size-fits-all approach when it comes to designing such projects.

The Festival’s headline sessions included ‘President Biden’s Summit for Democracy 2023 – what’s planned for the cohort on deliberative democracy and citizens’ assemblies’, The Conference on the Future of Europe: lessons learnt and next steps organised by DG Communication on the first day, and the Intergenerational conversations on the future of civic education with European Commission Vice-President Dubravka Šuica on the second day.

In the Summit for Democracy 2023 session, the speakers including Art O’Leary, co-political lead on behalf of the Irish Government, Graham Allen, co-founder of the DDCA cohort, and Iain Walker from the NewDemocracy Foundation. The speakers discussed what the cohort was setting out to do in order to encourage countries globally to commit to more deliberative democracy actions. Mr Allen said: “Citizen engagement is the best friend of democracy and the worst enemy of autocracy. We need a Marshal plan against autocracy, and the European Union is one of the most important players in that” […] “But citizen’s assemblies are not a path to political power – no one is taking power away from politicians. We are helping politicians work better – not individually but by way of collective recommendation. We are enhancing the policy development infrastructure within countries, thus effectively reinforcing representative democracy”.

In the DG Communication session on the pathway forward following the Conference on the Future of Europe, Nicolas said: “The Conference was such an amazing experience for me and I am really proud of our work. It changed my view of European politicians […] It was a game changer, and will be written in the history of the EU.” Colin Scicluna (Head of Cabinet of the Vice-President Dubravka Šuica in charge of Democracy and Demography, former Head of the Conference Common Secretariat) said that during the Conference, “We observed a process of “deskepticisation”. Everyone was sceptical at the beginning, but people made a tremendous effort to turn up and to contribute. The reality is that people come up with ideas that are perfectly reasonable and understandable. Ultimately, every single idea has its rationale.” He added that, regarding the Committee of the Regions, “not everything needs to be always happening in Brussels. We need to help local and regional administrations to set up the right opportunities to help citizens participate in democracy locally and regionally.” Colin responded: “We should encourage the deliberative approach at every level and make sure to create as many opportunities as possible to make this a reality.”

During the session dedicated to findings from the intergenerational conversations on the future of civic education, European Commission Vice-President Dubravka Šuica said that in the next work programme of the Commission, citizen’s recommendations form over 70% of its provisions. “This means deliberative democracy works”, she said. On the topic of civic education, the Vice-President said: “We need to be resilient from the inside. This can be done through civic education, starting from the kindergarten. We have to teach our children how to be responsible citizens from an early age. Introducing civic education into school curricula would be one of the solutions, and we need to work with Member States for that. In the end, all politics is local politics.”

Reflections from the panellists in the sessions who took part in the intergenerational conversations are gathered below:

In the online session observing the impact of citizens assemblies on youth participants, Sarah Grau from Décider Ensembre said: “Youth who participated in citizen assemblies had an empowering experience, which created a supportive interaction among citizens, but whose impact on politics remains to be seen. It improved their understanding of politics, but not necessarily their image of it.” In Ispra, during the interactive session on Democracy in a honeybee hive (Ispra) a young expert on pollinators said: “Deliberation helps break down hierarchies among people and foster the focus on the common good.” During the Co-creation lessons from cities session online, Usue Lorentz from Orkestra, of the UPLIFT project, said: “There are preconditions to youth engagement like creating safe spaces for them but most importantly the willingness to listen to youth and so shift decision-making towards young people every time.”

In Ispra, there was a special session by artist Lise Autogena (artist) who spoke about the The mountain that became the epicentre for a democratic discussion about Greenland’s future (Ispra). She said: “Democracy should allow bringing people together and help them speak their own languages, that is, democracy should be a process where people can articulate to others what affects their lives and how they care about it.”

The Festival also featured three interactive sessions in Brussels, one in Ispra, two online. One of these was the workshop on public libraries hosted by PL2030 called “Democracy gym at the public library: Getting ready for engagement! Susana Silvestre from the Lisbon Library network said: "Public libraries are neutral spaces where you can think and debate critically - our society needs spaces to explore thoughts and exchange with others." Another interactive session was called Local Labs: Kickstart local action (inputs from participants) hosted by Innovation in Politics Institute. A representative from the institute said: “Democratic politics can best be executed on a local level. Local governments should have the independence to engage with their citizens, without the oversight of the national governments who do not always understand the local context and needs.