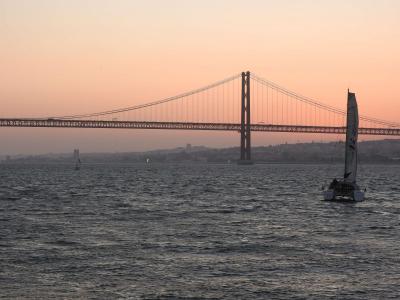 Lisbon citizens are quite aware of urban species. Thus, we engaged with citizens on more complex aspects of biodiversity: its importance for how nature provides benefits to humans (ecosystem services) and how humans experience biodiversity, in two parallel activities. On one side, we consulted teachers on the topics of biodiversity and sustainability in school curricula and activities in urban green areas of Lisbon. On the other side, we engaged citizens on urban biodiversity and other aspects beyond species richness, namely how ecosystems benefit human health and wellbeing as well as urban sustainability.

Participants
125
Who was involved
Citizens
Specific Communities (e.g. patients, students)
Field Experts
Communities or representatives involved
Users of the Jardim da Biblioteca da Estrela (Garden adjacent to a public library).
Teachers from primary to secondary schools (1st to 12th grades), teaching in public and private schools located in the municipality of Lisbon.
How were the Participants selected?
Volunteered through an open call
Selected with specific criteria through a contracted agency/organisation
Direct contact
Through what means citizens knew about the call for participation?
Teachers were contacted indirectly, via their school administration, and asked to reply to an online questionnaire. The other citizens were contacted directly and invited to join a world-café. Contact was made through a call directed to the users of the Jardim da Biblioteca da Estrela, selecting representatives of multiple social areas. Then, for the conference and app test, an open call with dissemination through social media was used.

Events
3
Methodologies used
Citizen Science
Focus Groups
Surveys
Methodology description
For teachers, the methodology used was a survey. For practical reasons, and also considering the pandemic, this was developed and implemented through an online platform, Survey Monkey. The questionnaire was composed of six parts: (i) personal information; (ii) current professional information; (iii) questions about the topics of biodiversity and sustainability in school textbooks; (iv) questions on the use of school green areas for activities about biodiversity; (v) questions on the use of green areas outside the school, in the municipality of Lisbon, for activities about biodiversity; and, (vi) an expression of interest to participate in activities about biodiversity and sustainability, to be implemented in green areas inside and/or outside schools. Unfortunately, we weren’t able to properly engage teachers and schools, including young students, due to the difficulties raised by the outbreak pandemic and its governance.
As far as the second stream of work is concerned, a series of activities were implemented: a world cafe (to collect citizens' perspectives on biodiversity), followed by an open conference where the perspectives collected were addressed through talks. Participants were able to ask questions, and afterwards a citizen science app to engage citizens in exploring ecosystem services was tested. The choice of the questions for the world café was made together with Bibliotecas de Lisboa, to ensure that topics of sustainability and biodiversity were addressed in an accessible way. Afterwards, a joint analysis of citizens' responses allowed us to select some topics to further explore and addressed during the talks. Users made a test on their green spaces and then provided feedback, whether by directly interacting online or by using an online survey.
Tools Used
Apps
Social Media
Spaces Used
City/Cities
On-line Dialogue platform

Output
Artefact
Media product
Report
Main Outcomes and Lasting Achievement
For teachers, 28 complete responses were collected. The main results include the importance of biodiversity in schoolbooks (65% of the teachers use practical activities in the classroom with some frequency, but around 65% rarely develop activities in green areas outside the school). The green areas in the schools where respondent teachers work are mainly flowerbeds, areas with scattered trees, vegetable gardens and lawns. Moreover, more than 75% of the teachers consider that the students’ “interest in nature”, “concentration”, “critical thinking”, “problem-solving”, “research skills” and “social competencies” are very important aspects while implementing activities about biodiversity. And around 52% of the teachers don’t use the green areas outside their schools.
The remaining citizens, about 90 citizens joined the process. It was clear from the interactions had during the world-cafe, and especially during the evaluation of the app, that citizens quickly become aware that biodiversity is more than species richness and that habitat structure is a key characteristic. This, however, only emerged during our interactions, not from the isolated use of the citizen science app. After the world cafe and the workshop the Bibliotecas de Lisboa launched a participatory project call, aimed at producing furniture pieces for the future Biblioteca da Estrela, inspired and/or able to promote sustainability in the park.

How were the outcome taken up within the process they were carried out?
n.a.
Feedback provided
Organised a public event
Were the methodologies used elsewhere?
n.a.

Main Challenges
Difficulties in recruiting participants
Difficulties in channeling results into scientific process
Reason for such challenges and solutions
For the first activity with schools, the main challenge was the dissemination of the questionnaire. It was done by contacting via email the schools, and sending a poster so that it could be used as a visual reminder for the teachers. But, for the public schools, the Portuguese educational directorate (Direção-Geral de Educação) instructed that it needed to be sent only to each school cluster (agrupamento de escolas) and then the cluster would decide if they would send it to the schools or not; at the end, they were responsible for it. From our point of view, for this reason, several schools did not receive the information.

For the second activity, one important lesson learnt concerns the focus of the activity. Initially aimed at making citizens aware of the importance of habitat structure to the provision of ecosystem services, we soon realized that this message was not clear, with groups from the world cafe choosing to focus, instead, on issues on which citizens related with more (e.g. garbage, pollution, trees). We, then, moved the focus to include these concerns under the framework of sustainability, which ended up becoming the general topic of the following workshop.
The citizen science app aimed at providing citizens with the knowledge to engage with the more complex concept of habitat structure and ecosystem services. Another important lesson learned was one related to the use of such citizen science application. Firstly, all citizens that used the app after our explanations were entirely capable of understanding its use and quantifying habitat structure using the app interface, which was a simplified version of sampling done during ecological research. This was especially rewarding for the team that developed the app. However, all citizens also reported that they missed a way of relating more closely to the results. This was because the app only returned to its user a “thank you” and a map of the sampled locations. We acknowledge the need to implement a feature in the app that would return some interpretation of the results, making the process more relatable to the user. However, the scientific approaches that connect habitat structure to ecosystem services are an ongoing field of scientific work, and thus that feature will only be possible to implement in the future. We consider that the app can surely be used as part of future citizen science projects. However, it should either focus on citizens that already value science or be used with permanent support from scientists.
Partnering with Lisbon Libraries was a key added value to the second activity. The libraries' connections with local communities allow us to reach social groups normally not easily involved in processes led by the university.
Lessons Learn
For teachers, online surveys are a challenge in themselves, particularly to engage the target audience and get their feedback, so we learned that, in that case, we need a complementary strategy to get the intended goals in terms of the number of responses.

For citizens involved in the second activity, we learned that engaging with citizens requires focusing first on a relatable topic: notions of ecosystem services and habitat structure are not easily relatable and are, indeed, complex concepts, which require an interpretation of reality which was not immediately accessible. Moreover, we learned that while app-based citizen science is easily understandable after receiving guidance, the inability to make the app results more understandable to a non-expert was a major obstacle to meaningful engagement with the general public. Regarding partnering with Lisbon Libraries, a lesson learned was that this partnership was considered very positive and to be further pursued by both partners.
Recommendation
i.) when aiming at influencing municipal policies or strategies, specific municipal departments (e.g. planning) should be directly involved from the start;
ii.) when the leading organization of the citizen engagement project is the university, another partner, with strong roots in the community (e.g. Lisbon Libraries), should be involved;
iii) complex topics (e.g. ecosystem services) require progressive disclosure of information to become an object of engagement.