Bringing generations together to talk about Civic Engagement

Bringing generations together to talk about Civic Engagement 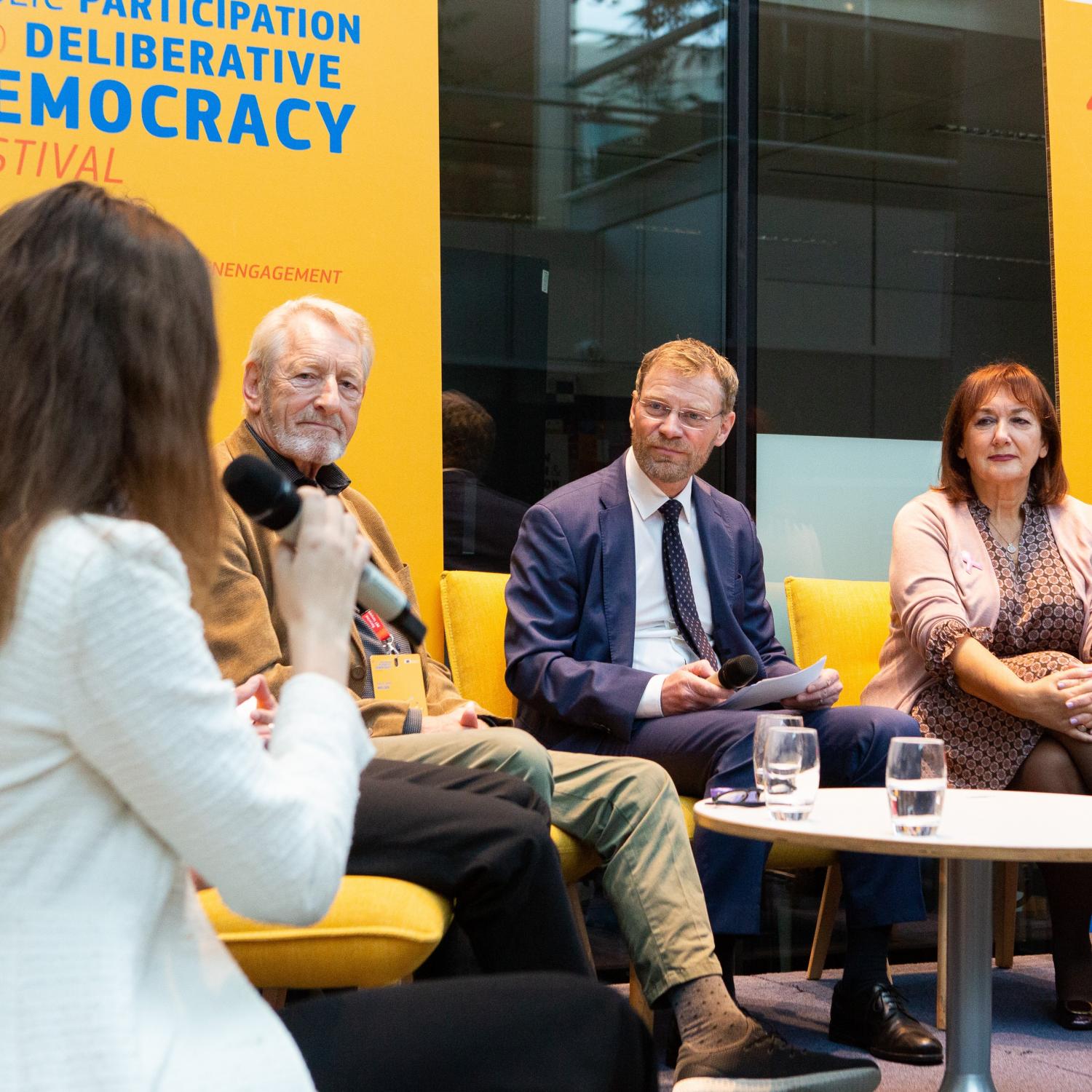 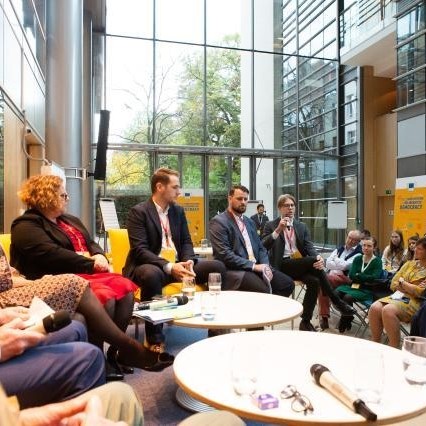 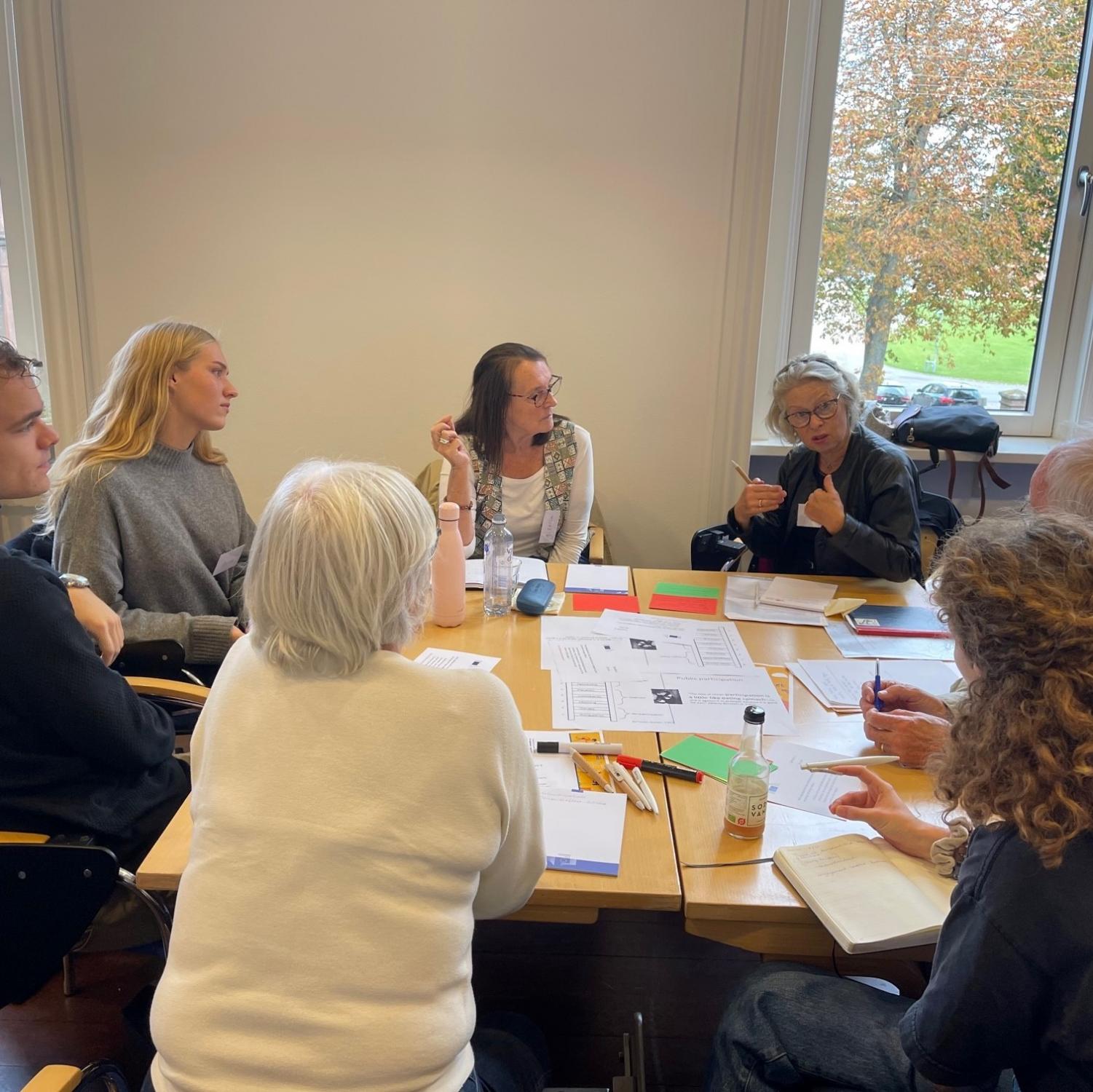 As part of the run-up to this year’s Public Participation and Deliberative Democracy Festival, the Competence Centre, with the support of Commission Representations in Croatia, Denmark and Slovakia, organised a series of Intergenerational Conversations on civic education futures. The discussions brought together the young and the not-so-young citizens from diverse walks-of-life to share their experiences and reflect on the role that civic education, both in and outside of schools, can play in supporting engagement in public life and reinforce democracies.

Seven representatives from the events joined the Festival, sharing the ideas and recommendations their groups developed during a keynote session with Vice-President Dubravka Šuica and Joint Research Centre Director-General Stephen Quest. What was perhaps most striking about the session was that the discussion and examples focused less on learning about democracy and more on learning by doing democracy – through various forms of participation in the school life and decision making. As Dávid, the youngest representative of the Conversations, from Slovakia, said, “Schools are great spaces for engagement” as “being able to come together creatively makes strong bonds. These strong bonds also make strong communities, and strong communities make strong countries and a strong Union”. The benefits of learning by doing can certainly extend beyond the confines of the schools. For this to happen, however, as Lukáš from Slovakia noted, we must “give young generations time, trust and space”.

Summarising the Conversations in an interview following the Festival, the Vice-President said: “What I heard reaffirmed that in our schools, academies, universities, we should nurture democratic values, critical thinking and constructive engagement. We need learning environments that encourage and teach people to engage in participatory democracy, which help them develop practical citizenship skills.”

Developed in the context of the European Year of Youth, the aim of the process was about establishing a dialogue among groups of citizens that seldom find themselves in the same room, especially where such exchanges might be missing. Affirming the rationale for the intergenerational approach to such debates, Jenny from Croatia highlighted that education should be a “two-way street between young and old”, with each generation bringing something unique to the table.

Following the conclusions from Conference on the Future of Europe, the events were also an opportunity to experiment with models for involving citizens more directly in the workings of EU institutions. Pernille Brandt, responsible for the organisation of the event on behalf of the Copenhagen Representation, said: “We have the potential for Commission Representations, on top of being information and communication hubs, to become engagement hubs. We have a good model for that in the Intergenerational Conversations.”

With the resources, models and willingness already in place, perhaps we are ready to take up the challenge posed to those present by Nicole, speaking on behalf of the Slovakian Intergenerational Conversation: “Stop preaching to believers and bring to the table those who are not with us”. A call to action that responds to the words of Knud, who expressed the concern raised during the Danish Intergenerational Conversations of the way that echo chambers undermine real discussion. In the end, he said, “You have to participate in democracy to make it real.” Indeed, participatory forms of democracy aim at bringing unheard voices to contribute to shaping policymaking. The Competence Centre on Participatory and Deliberative Democracy investigates appropriate spaces for that to happen.